The metaverse promises a digital and technological revolution. Large companies have already understood this and are starting to prepare the ground. By changing its company’s name, Facebook has confirmed the importance of this emerging future. But what does the metaverse mean, and what explains all the noise it makes?

Definition of the metaverse

The metaverse doesn’t exist yet, although some video game developers and companies are already claiming to exploit it. As a result, there is no actual definition of the term. Nevertheless, it is generally defined as a virtual world in which people can have the same experiences as in real life. Indeed, it is a virtual representation of reality.

Humans will be represented by their digital avatars. They will be able to interact with a digital twin of the real world. This is not the same as the metaverse, which is nothing more than a digital version of the same world we live in. The virtual reality (VR) we know generally refers to a world similar to ours. In other words, it can look like it, but not necessarily.

Therefore, virtual avatars can do the same activities as working, meeting people, concerts, and even shopping. Note also that the metaverse is persistent. In simple terms, every action is synchronous and occurs in real-time. Thus, there is no new session for the user to start experiencing from the beginning because life goes on as in the real world.

Some define the metaverse as an incarnation or evolution of the Internet. As a reminder, the Internet is an international telecommunication system that allows access to different data and communicate with other people. Similarly, the future virtual world proposes a sphere where people can socialize and access data.

The most significant difference is that, instead of being limited to the screen, the user can interact with other people or objects through their avatar. It replaces computers, smartphones, and tablets with technologies such as AR and VR headsets and controllers.

The origin of the metaverse

We owe the term “metaverse” to Neal Stephenson, who first described it in his novel Snow Crash (1992). At the beginning of the 21st century, the world economy collapsed while a handful of giant corporations profited from it. People find escape in a virtual world they can access through a personalized avatar with glasses and headphones.

The metaverse is home to a single street connecting amusement parks, stores, offices, and entertainment complexes. But as in the real world, wealthier people look down on the middle class and enjoy more advanced technologies. Furthermore, actions perpetrated in the virtual world can have real-life consequences, such as a computer virus that damages users’ brains.

Although the author presents the metaverse as a dangerous concept, we must recognize that his general description corresponds to today’s world. The virtual world of tomorrow will represent the natural world as it is today, with the participation of everyone’s digital avatars. Users can practice the same activities.

Several companies are using Stephenson’s concept to create a metaverse platform. Second Life has, for several years, been a reference in this field. It was created in 2003 and offers a virtual environment where users can create live experiences on demand. But over time, the world’s view of the metaverse has evolved, making Second Life less attractive.

While some describe it as a collection of various virtual experiences, others prefer to define it as virtual and augmented reality. Today, most companies align themselves with Marc Zuckerberg’s definition, which has boosted interest in this technology. It is indeed the boss of Meta who defined it as a new conception of the Internet.

How does the metaverse function?

Let’s recall that in the metaverse, people, through their avatars, will be able to interact with a virtual world and perform actions that will have a real impact. It relies on several technologies to make this possible.

Although the definitions of the metaverse and virtual and augmented reality differ, AR and VR will be critical components of the future virtual world. VR headsets, AR glasses, phones, and computers will all have a role to play. Together, they will allow the user to embody and interact with their environment at any time.

Again, the metaverse is a digital representation of the real world. This means it will have the same landscape, buildings, objects, and people as the original. Its design is therefore based on technologies that will create this virtual world. Cartography and 3D modeling, for example, can be used to design a digital twin or Soul Machines for digital humans.

We mentioned earlier the possibility of making purchases in the metaverse. However, it should be noted that this has nothing to do with online shopping. Commoditization will rely on blockchain technologies such as non-fungible tokens (NFTs). Like cryptocurrency, this is a secure digital asset that can correspond to digital property (artwork, real estate, etc.). An NFT would be a digital deed, so to speak, that proves the purchase or sale of a property in the metaverse.

The metaverse and AI

AI, or artificial intelligence, is another crucial component of the metaverse. It helps to improve all the other aspects we just mentioned. Indeed, AI has the power to make hardware more powerful and to speed up the design process of the virtual world.

Moreover, several AI technologies will be essential to make the metaverse a multi-sensory and multi-dimensional environment. We can mention, for example, computer vision or natural language processing. Thanks to these innovations, digital avatars and all the components of the virtual world will be able to interact naturally.

Let’s also note that everything digital corresponds to data. A virtual version of our world would mean managing vast amounts of data. Artificial intelligence provides all the power needed to exploit this data and all the data generated in the metaverse. 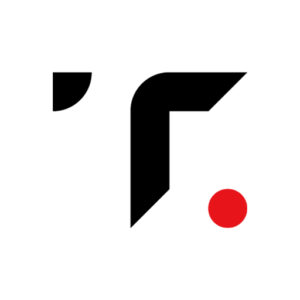